The Process of Creativity Demonstrated by a Little Boy.

Jack Morrison, former Dean of Fine Arts at UCLA, once told me a true-life tale about creativity.
At one time he taught story-telling and creative writing in an elementary school and, like all teachers, he had some stories of his own to tell. This one concerned a little boy who refused to be drawn into classroom activities. When Jack asked the children to think of a story each day and tell it out loud to the rest of the class, this one boy, predictably, refused.

The next day, at story-telling time, the little boy raised his hand. Jack called on him immediately and a buzz of anticipation passed through the class. What kind of story would the silent watcher tell? The little boy hesitantly but resolutely repeated, almost word for word, the little girl’s cat-on-the-piano story.

The listening children may have released a collective sigh, but Jack was thrilled. The boy had emerged from his cocoon! When he raised his hand again the following day, Jack called on him first thing. The little boy told the story of the dog who learned to play the piano. Jack was still thrilled.

Finally, at the end of term, Jack announced a story-telling contest. Everyone would tell his or her best story and then the class would vote. When the little boy’s turn came around Jack and all the other children, too, could hardly stifle their boredom. They were expecting the same old thing. But, boy, were they surprised!

Who knows what really went through the little boy’s mind in the moments before he told his story, but clearly he was desperate. First he had run out of animal permutations for his story. Then he had run out of animal-offspring permutations. He knew that none of his classmates liked any of the old versions of the story – but it was the only story he knew how to tell! Backed into a corner, there was only one new twist possible.

The little boy told the story of the grand piano that taught the baby piano how to play.

There was a stunned silence, then the children clapped and cheered. Unanimously, they voted the little boy’s story the best of the year.

Jack Morrison told me his story of how that story came to be in order to make some points. First, he wanted people to understand that there is a process everyone must go through in order to create. The process begins, inevitably, with copying, mimicking, and subtle modification.

Second, this process takes time and patience. Jack need not have called on the little boy day after day. He could have discouraged him. Instead, he rewarded the boy for trying. Repetition breeds familiarity with the tools of the craft.

Third, it is impossible to tell ahead of time who is going to create or how. Had Jack been asked to rate his students on story-telling ability at any time prior to that final story-telling session, the diffident little boy would have been way down the list. Persistence is often more important than talent.

Fourth, creative insights, big and small, change perceptions of the world. The little boy’s story certainly has had that transformative effect for us. We find we can no longer see two pianos in the same room without wondering if one gives the other lessons when there are no people around.
Moreover, this bit of whimsy, this imaginative idea has slowly diffused, as it did in the little boy’s story, to include more and more objects.
We now wonder whether big basketball hoops teach little ones to play ball; whether big trees teach saplings how to whisper in the wind; and whether big clouds teach little ones how to rain, plink! plank! plonk!

Jack’s story is, in fact, a metaphor for the creative process itself. 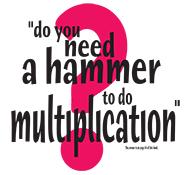